This year, within my rol of training coordinator for the club, I organized a weekend for the club leaders to hone our skills. Some of the responsability for the logistics was shared with Rae and Cambell who helped me to finish the details of booking a place to stay for the whole group and the meal for Saturday night. Thank you for that because with all the problems I had at work lately I was biting too much to chew.
It happened at Seal Rocks, around 4 hours driving from home. I took a ride with Matt and on Friday after midday, before the proper event started, we were on the water for a short paddle. 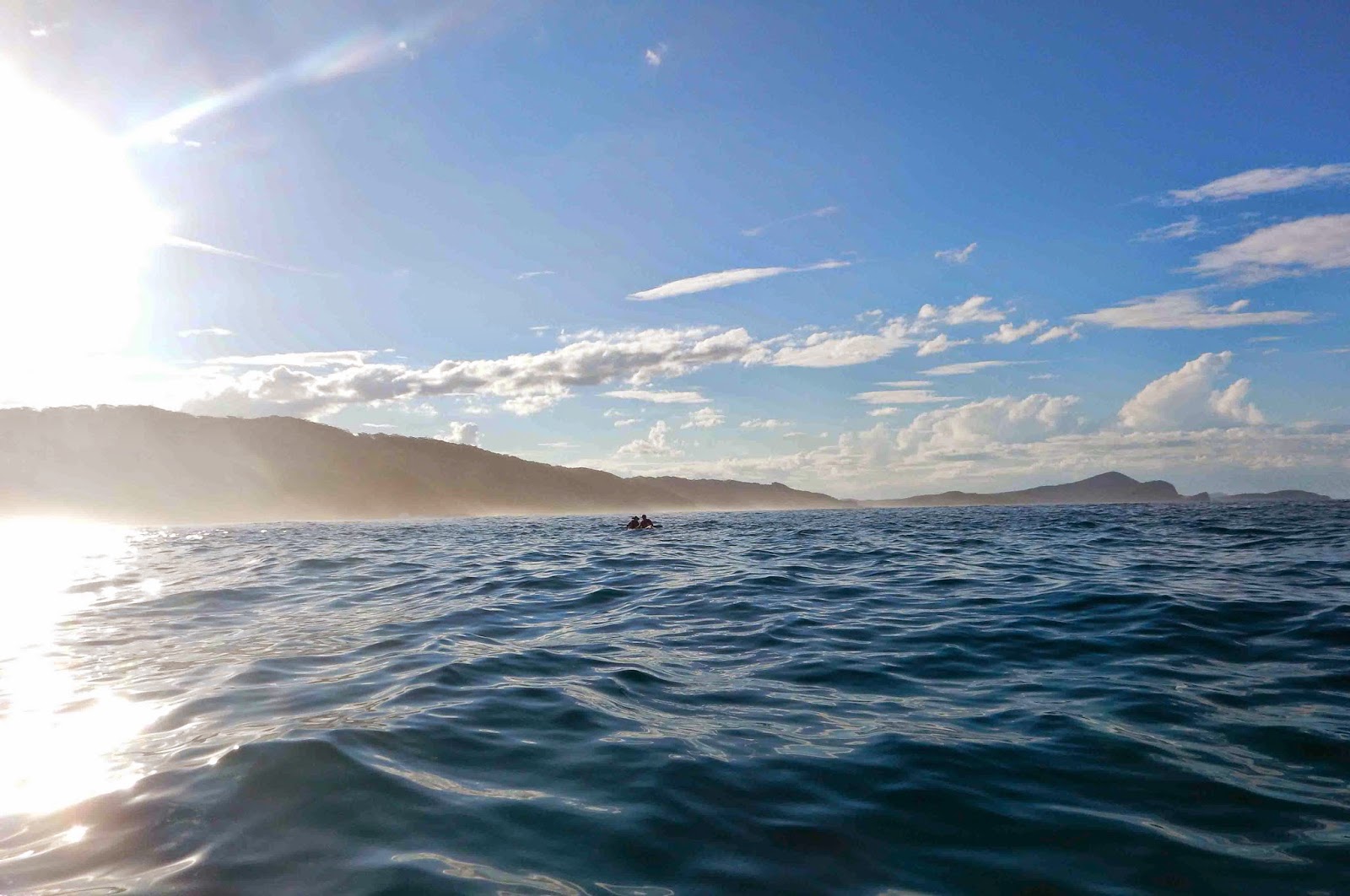 We met Josh on the water who also had arrived earlier and we all stayed paddling until the sun was beginning to set. 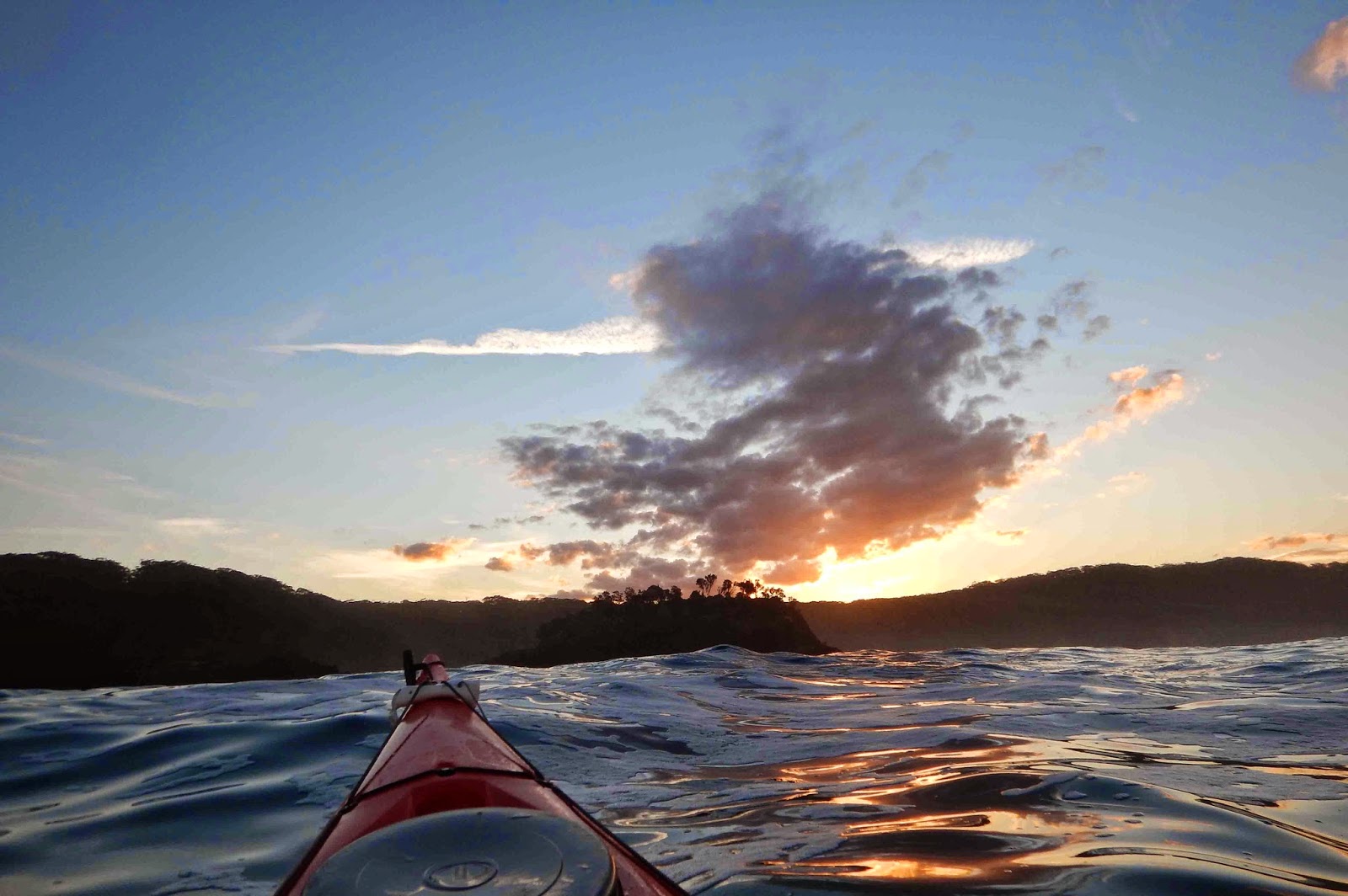 On Friday night most of the club leaders were there and on Sunday morning arrived a couple more.
I suggested as the theme for the weekend 'group management and crisis control'. We started with some revision of techniques and practised some rescues close to the rocks. 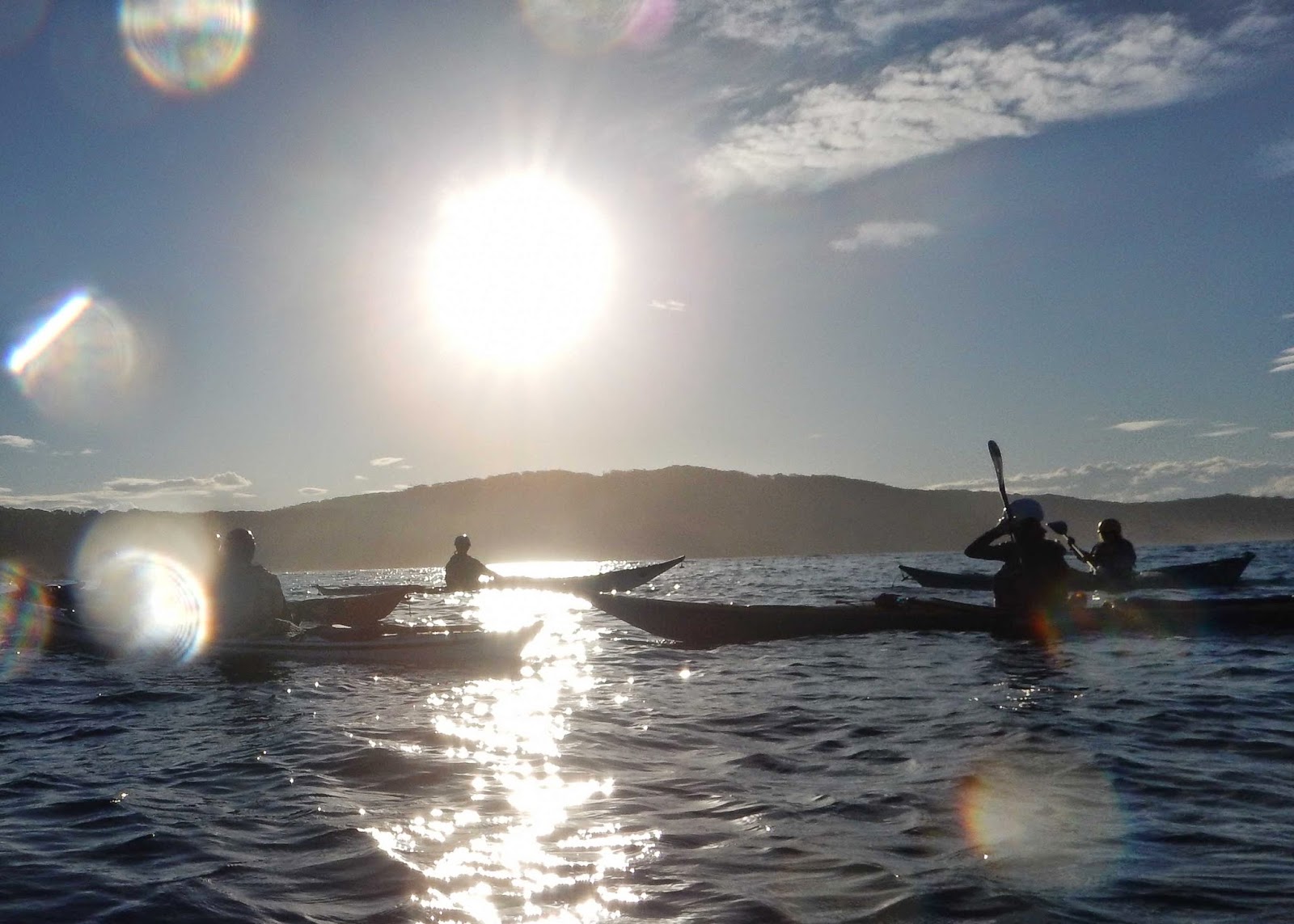 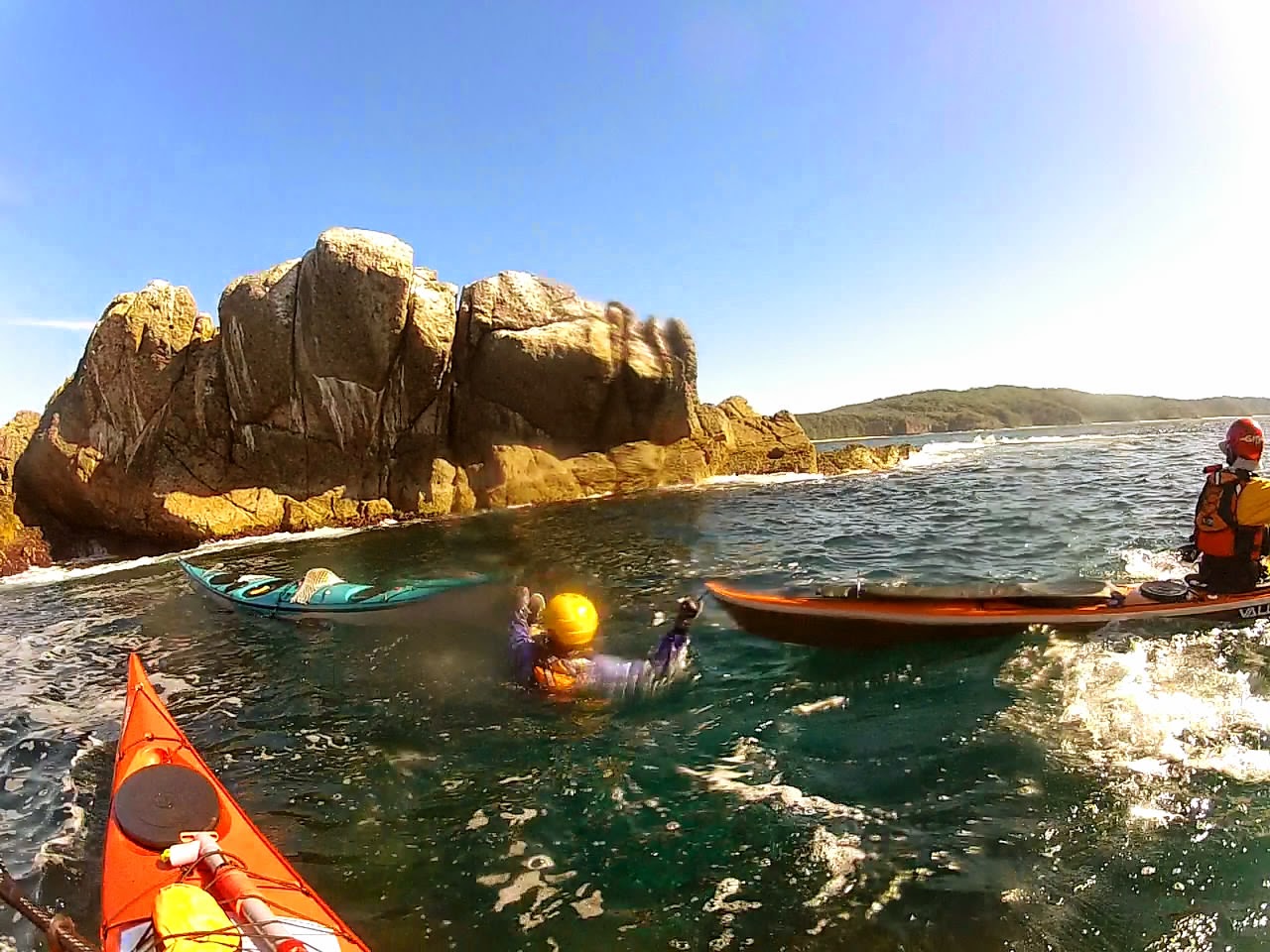 Then we let loose our mischief to make the life of Tony more interesting. He had 'volunteered' as the leader for a group of leaders who suddenly were newbies again. Lots of fun and I think we all learned or refreshed knowledge. 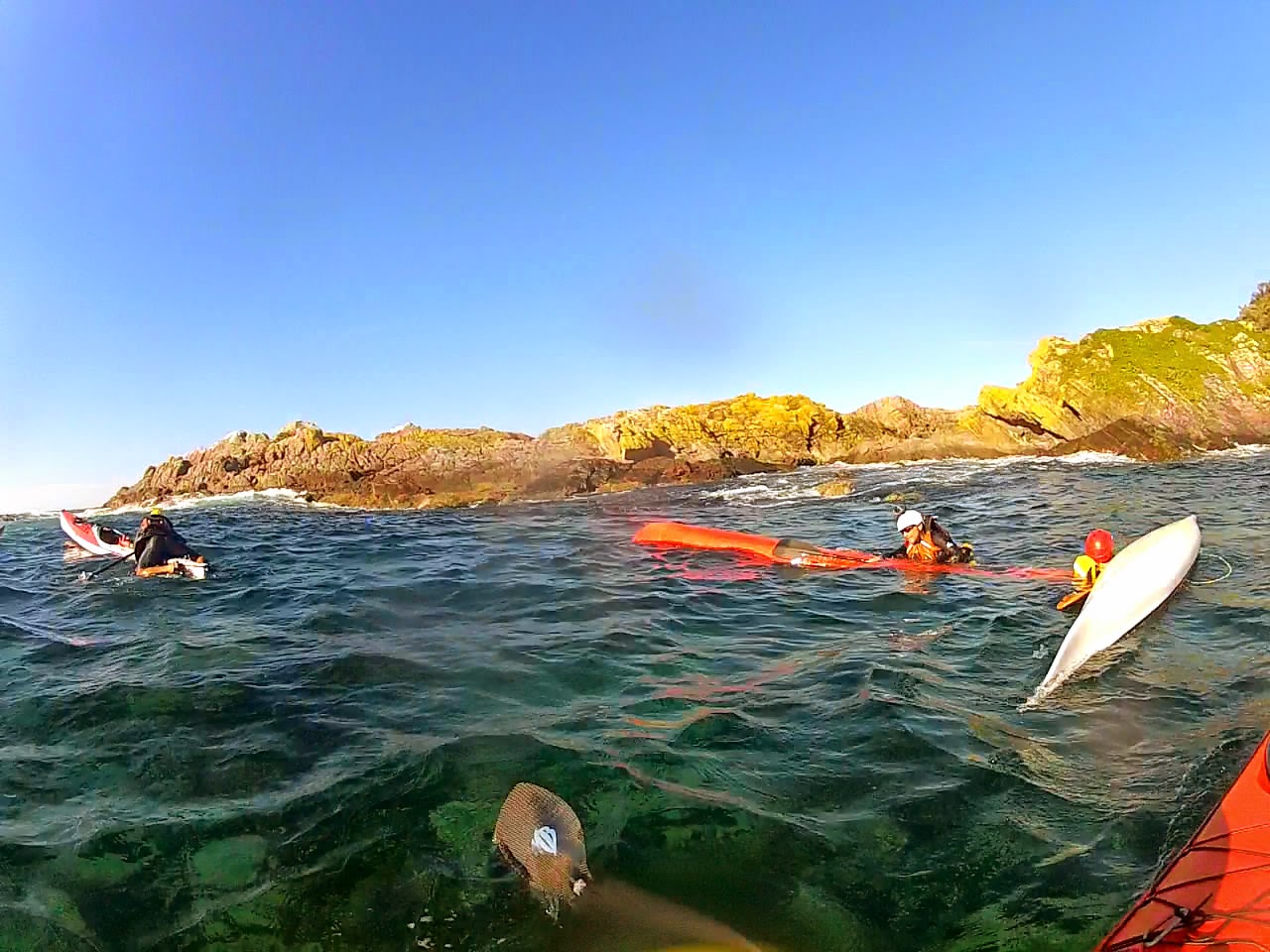 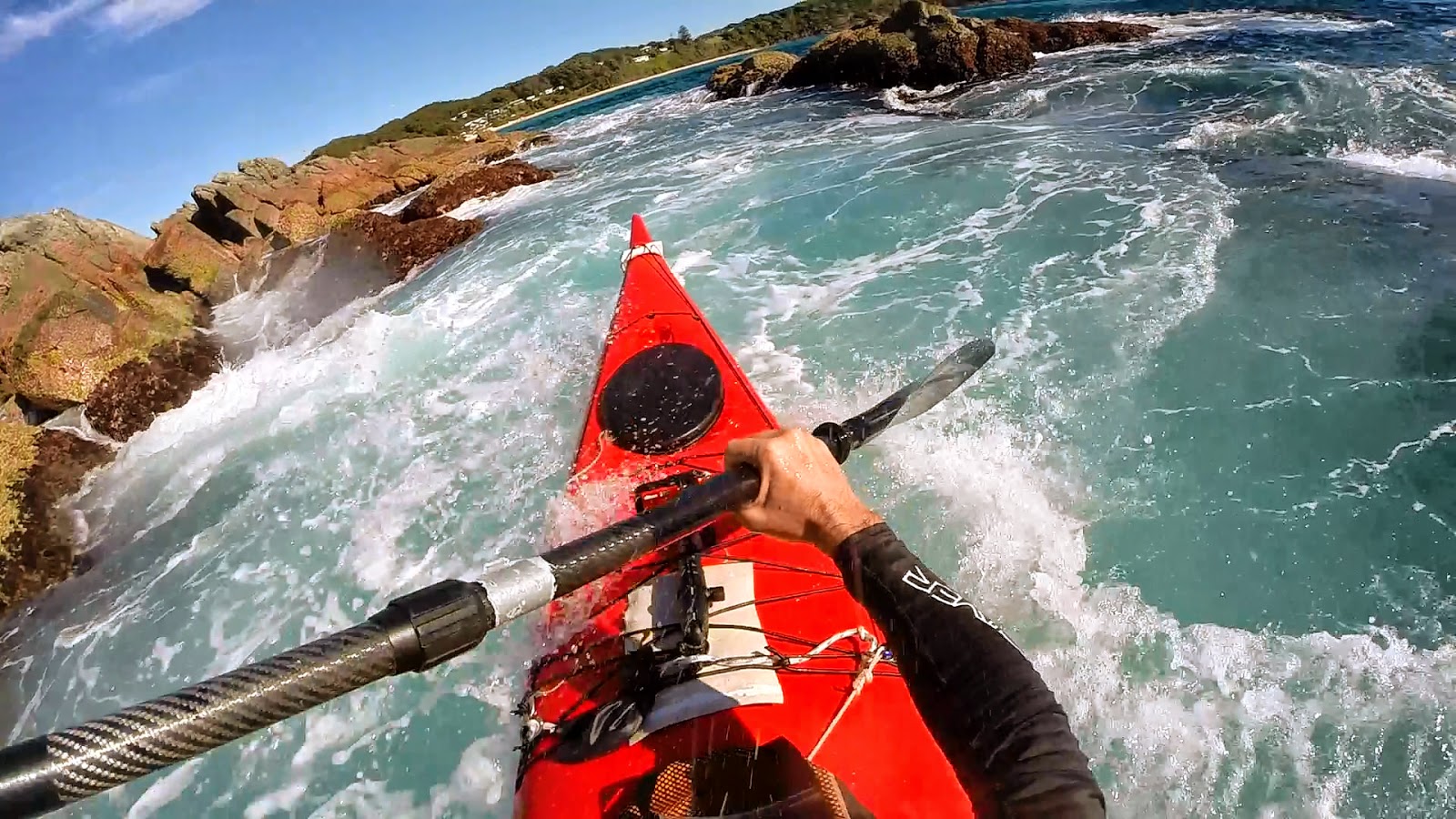 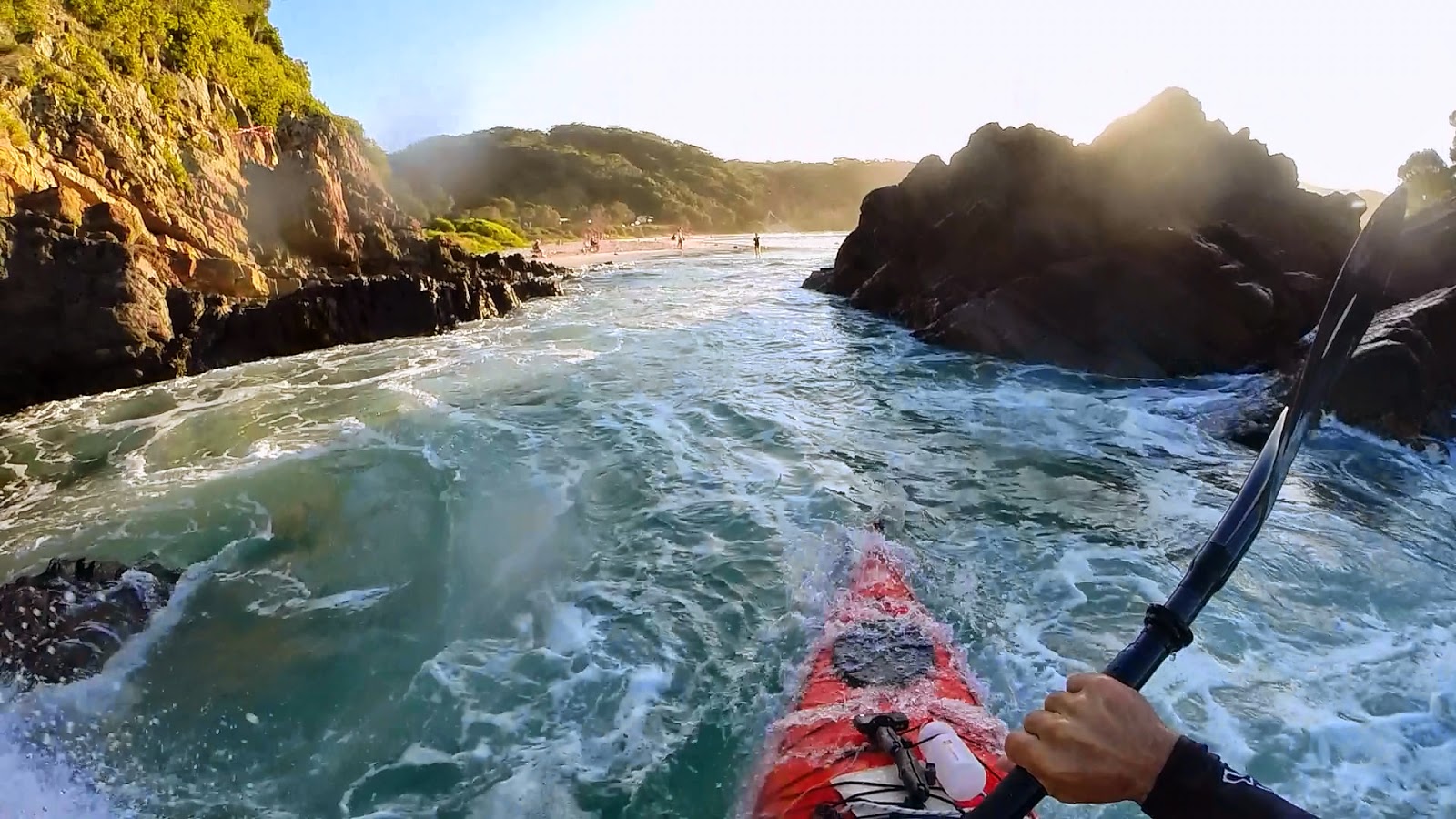 At night we had a communal meal cooked on a BBQ and salads. For desert we had some watermelon with a theory 'lecture' on caves and waves presented by Josh.
Sadly, on Sunday Matt had to go back early to work and I could not find a hike back on another car for my kayak so I returned with him and I missed the training of the day. I was told that they had some more fun along with new lessons for everyone involved. Well done to all who attended as it was a nice and informative weekend.
No comments:

Another glorious weekend playing very close to rocks. Low swell and no wind meant the sea looked like a lake. That is perfect to play on the spots where you cannot normally go. 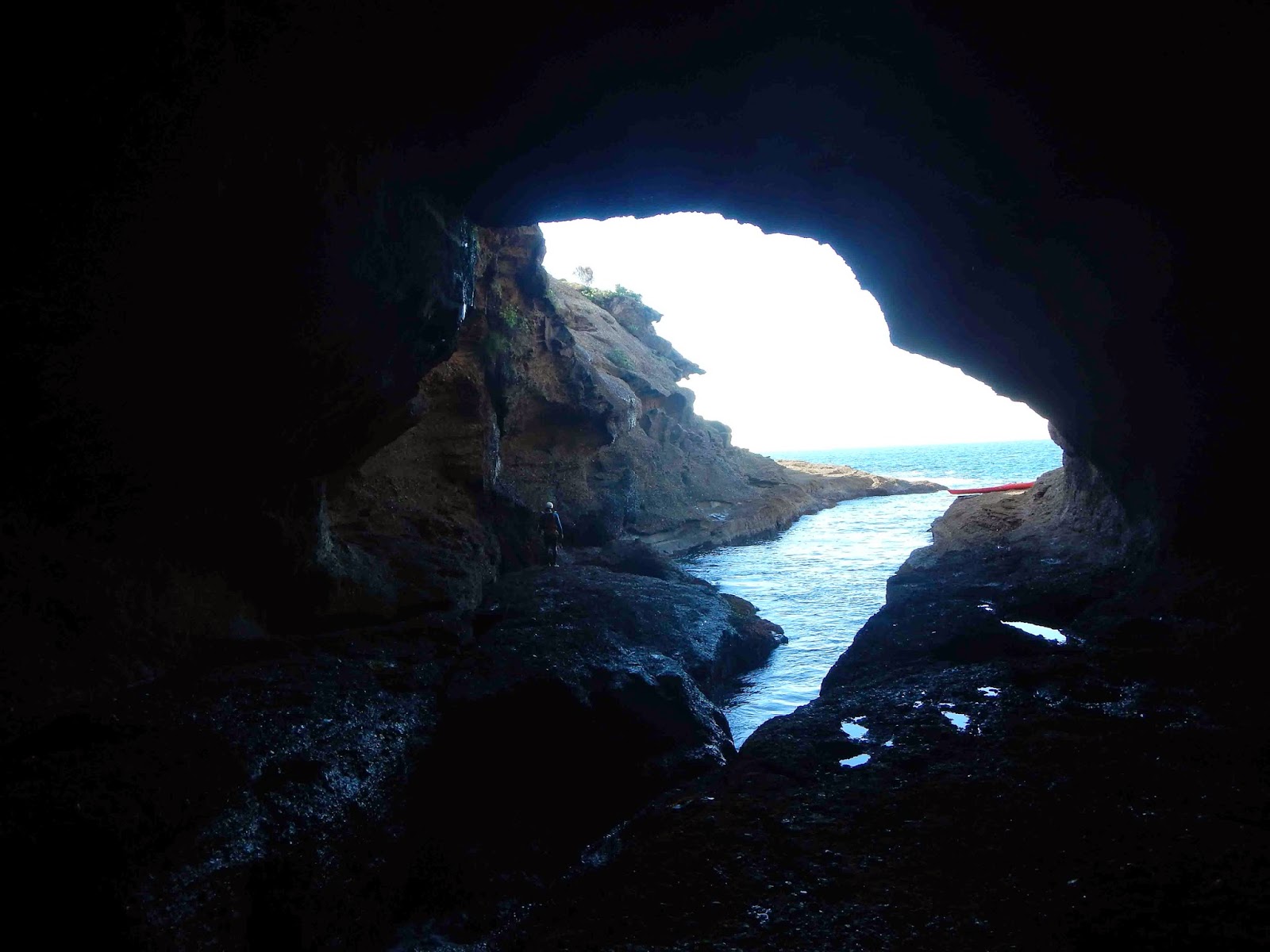 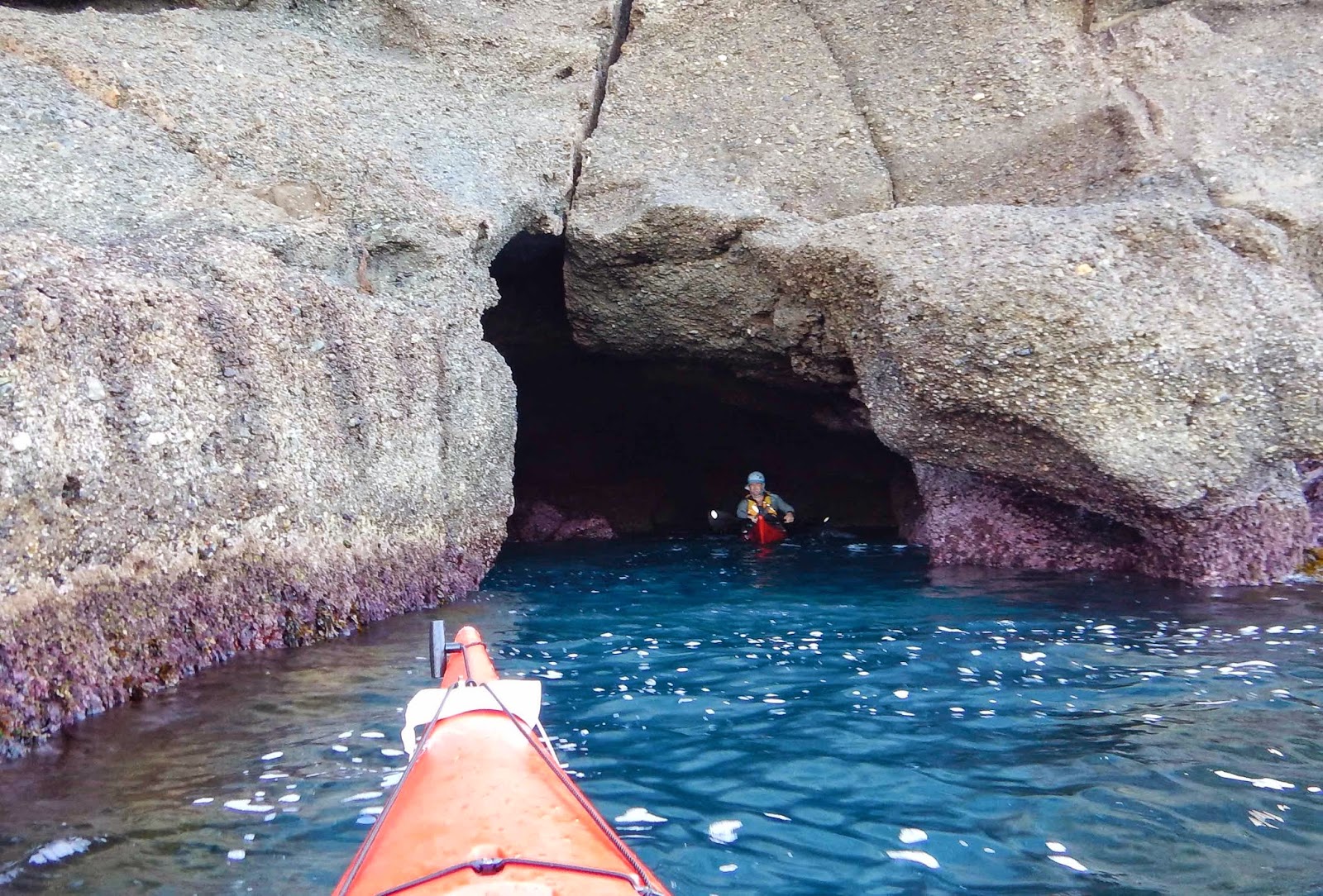 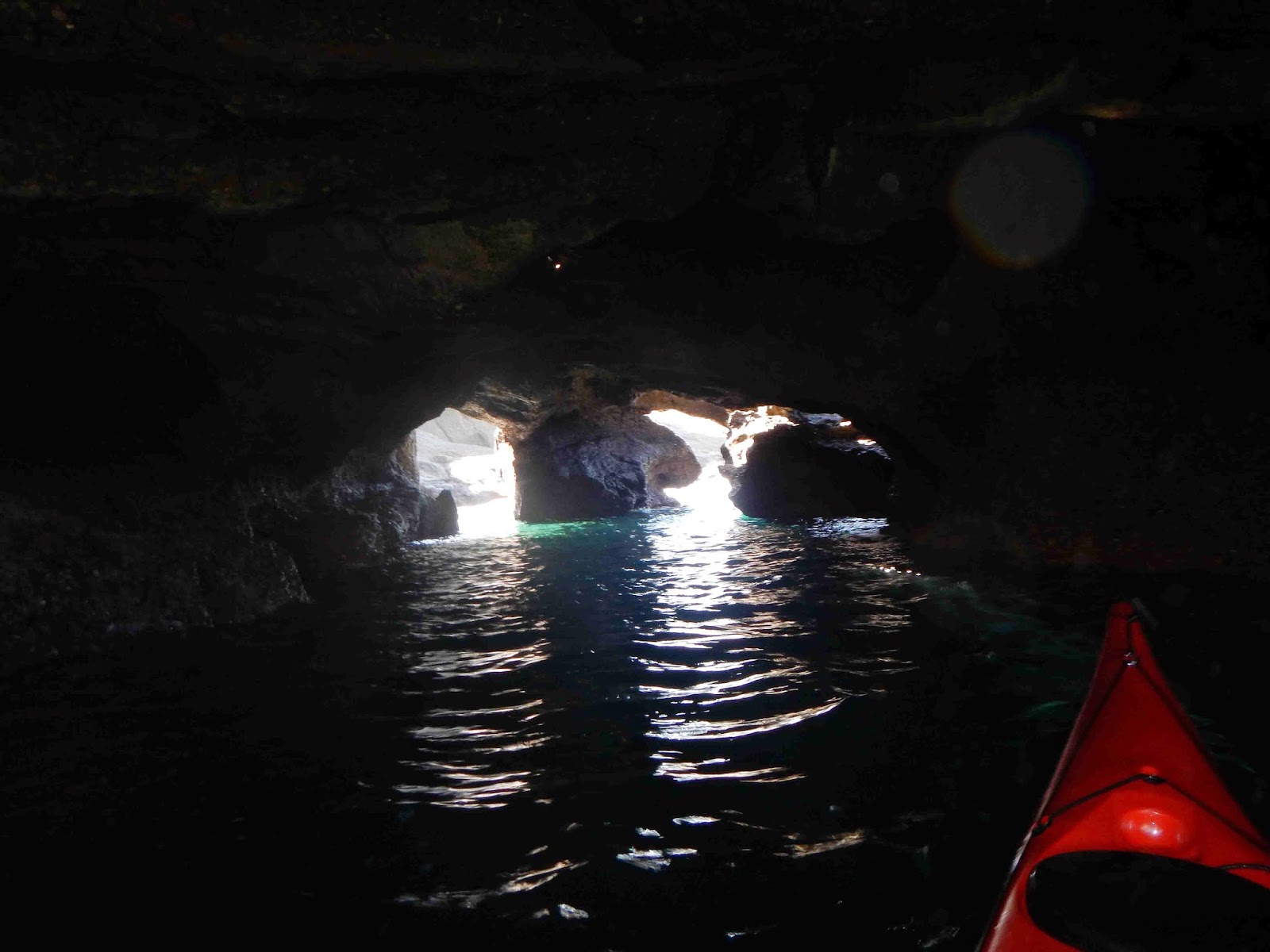 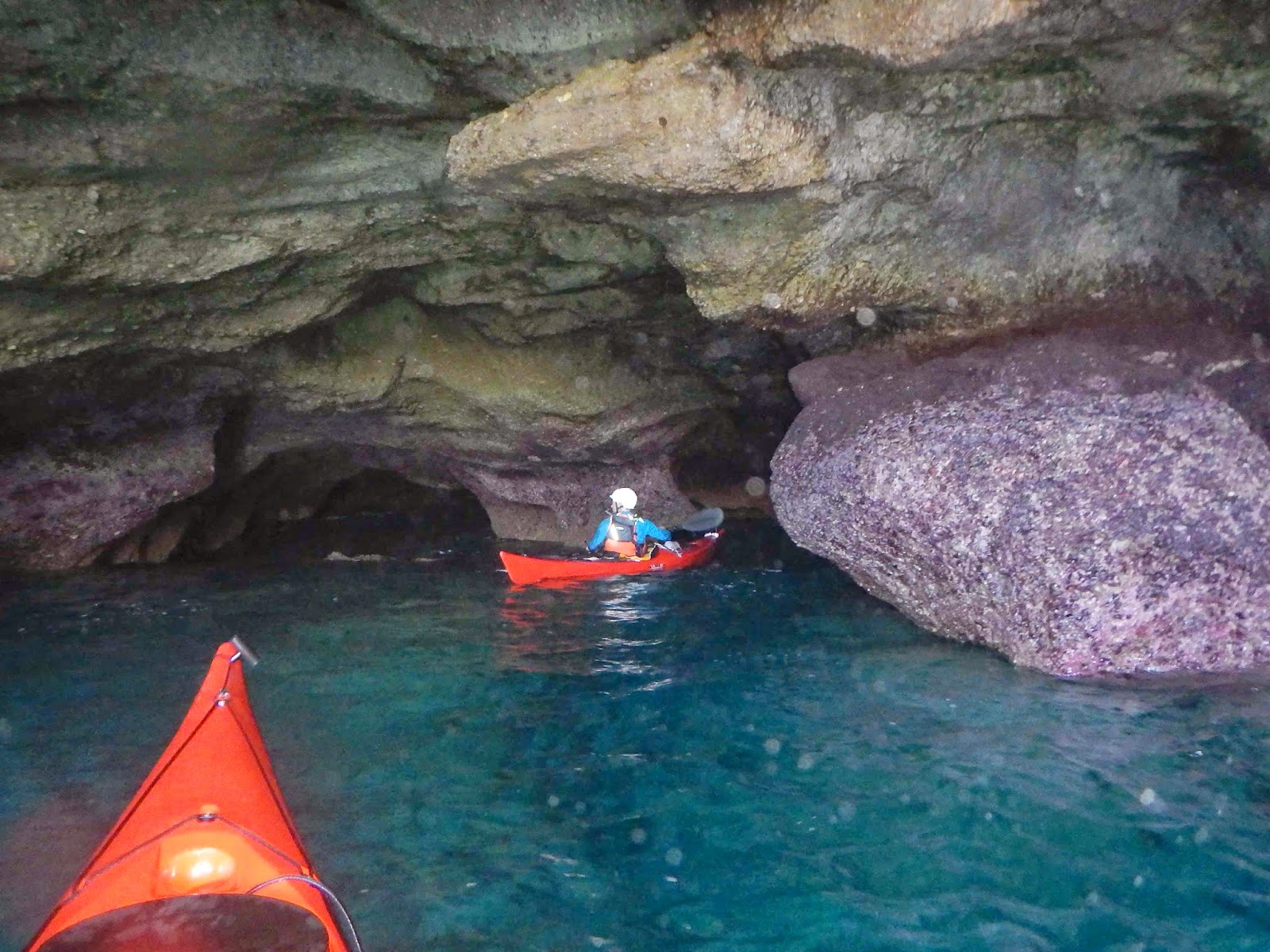 It was me and Rhys (most of the photos were taken by him) and he had a good go at the overfalls and mazes of rocks. It is amazing how far he has improved. A year ago he was going through the surf for the first time and now this... 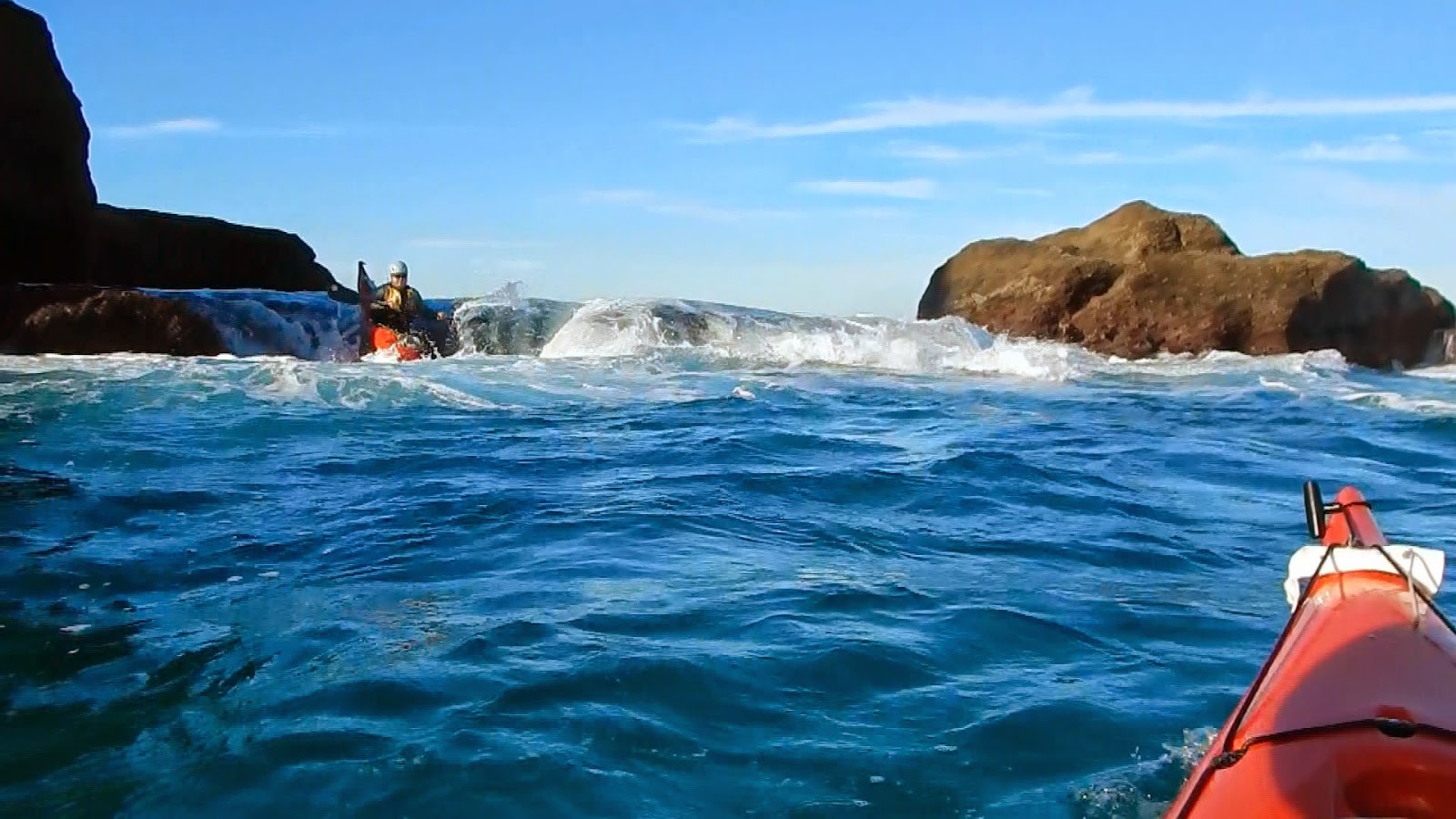 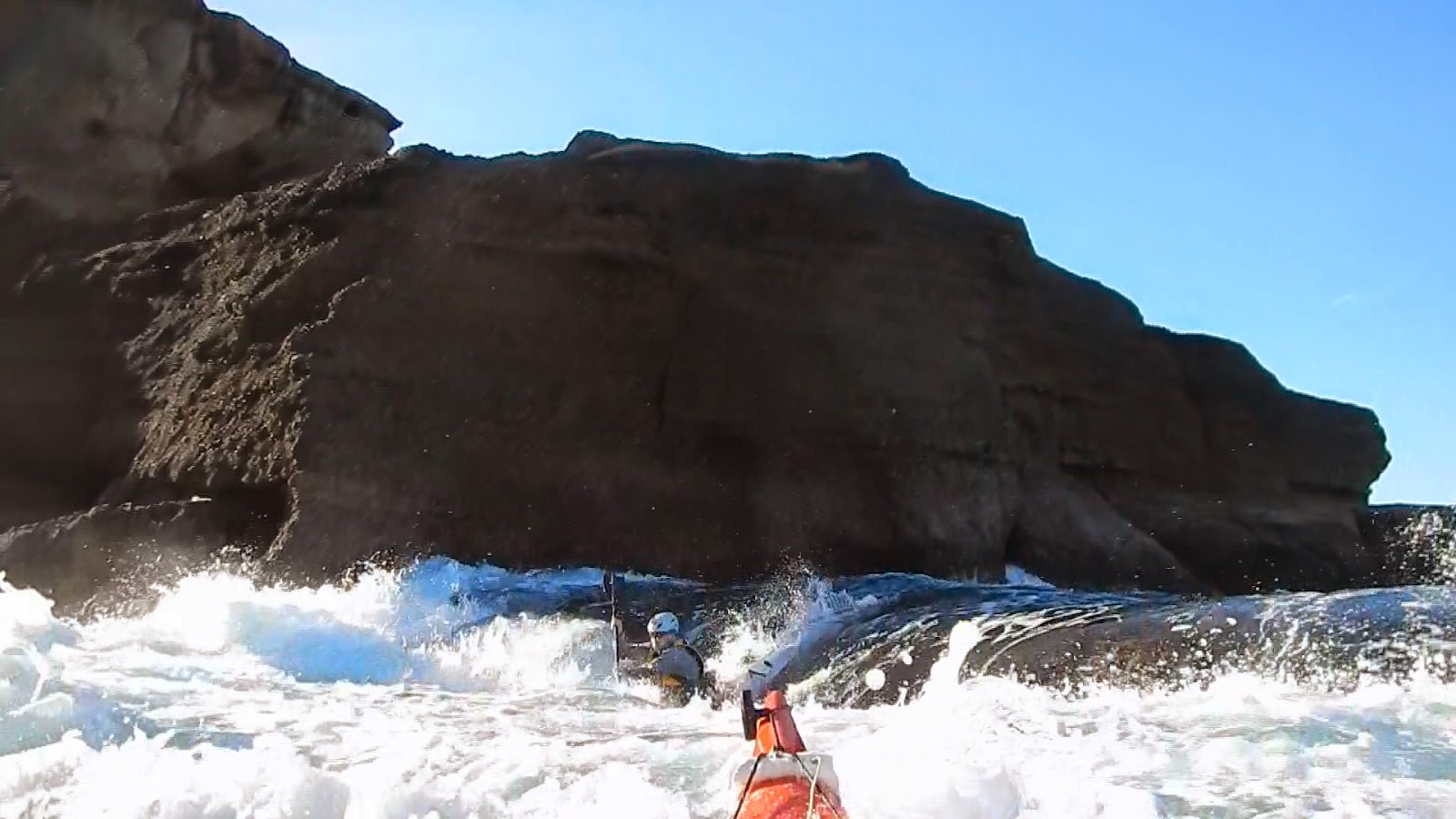 And I was trying to see how much weight the kayak can support: 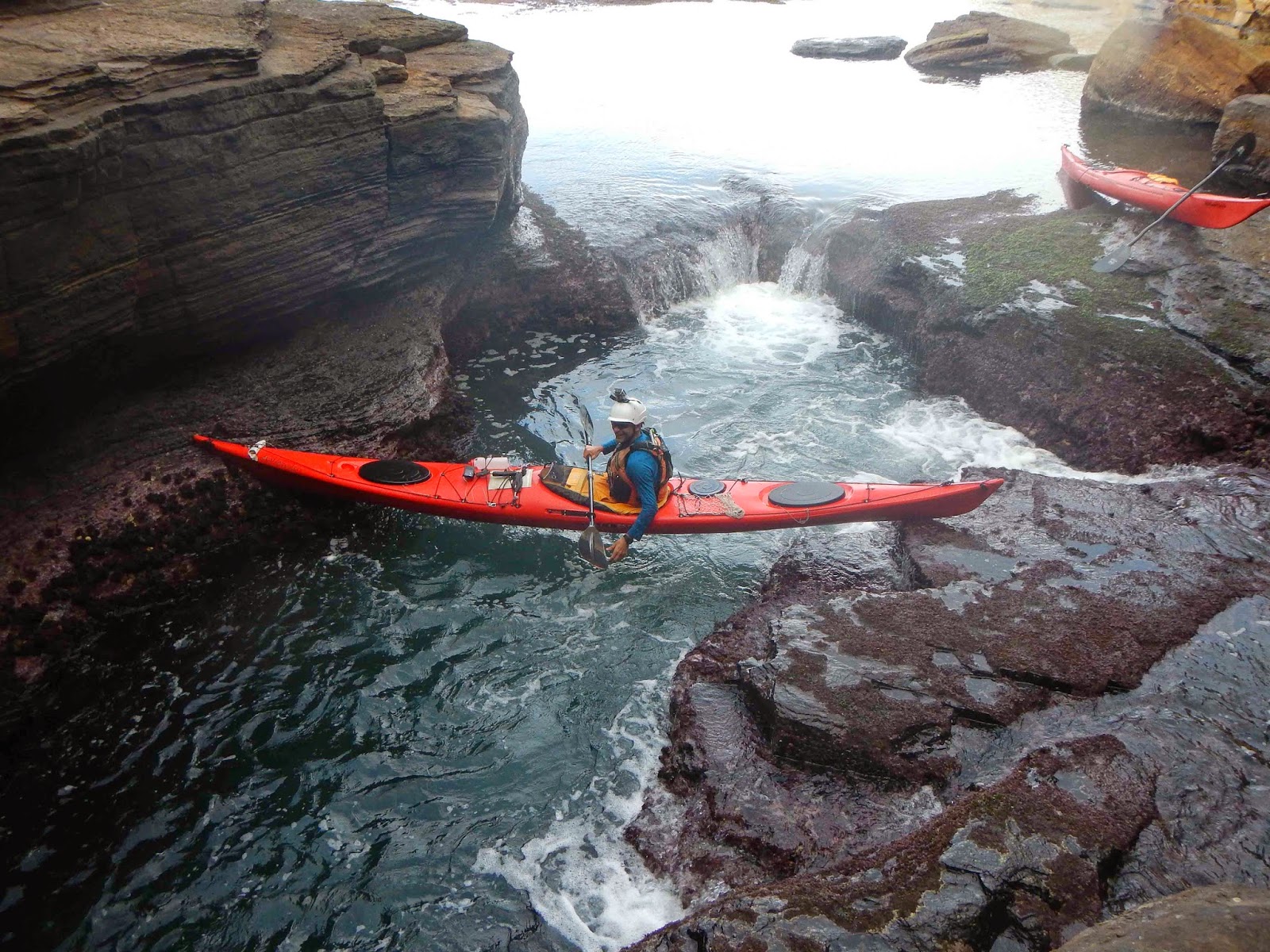 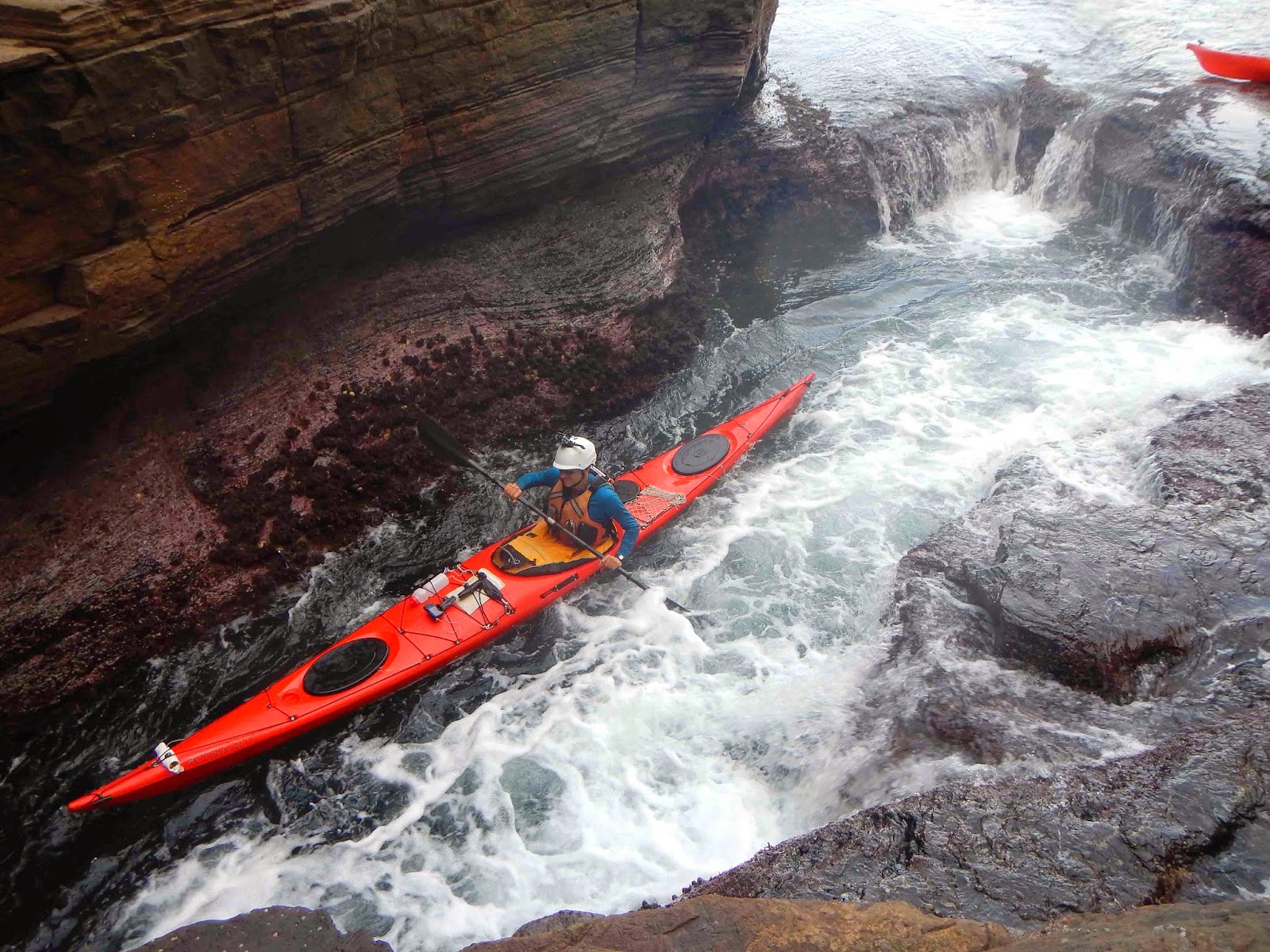 They are coming again!!

I was a bit sick last weekend so I didn't paddle to recover and be able to work during the week. The week at work was the worst I ever had. This morning I woke up and I was still not feeling well. One ear blocked and my throat complaining... but I needed to relax and drain the bad week I had. I took the kayak and my idea was to go and drift... In the end I paddled. I worked against the wind first and when I turned I discovered I was being followed.
When I saw them they started to jump, probably to dissimulate they had been following me but I knew better :-)
It is early in the season and the water is still warm but here they are. I saw 2 travelling together on their North migration. Hopefully I will see more this winter.
﻿ 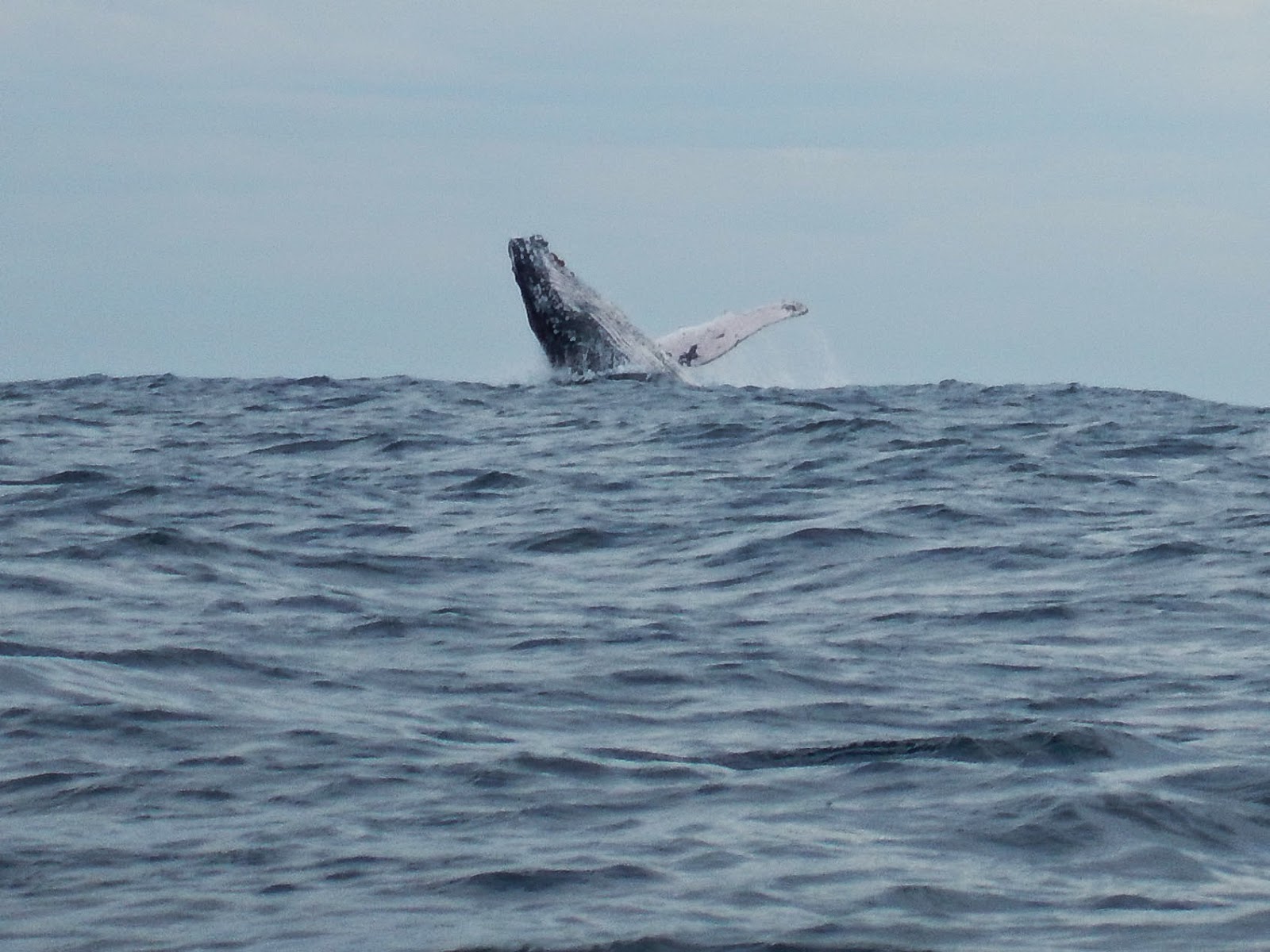 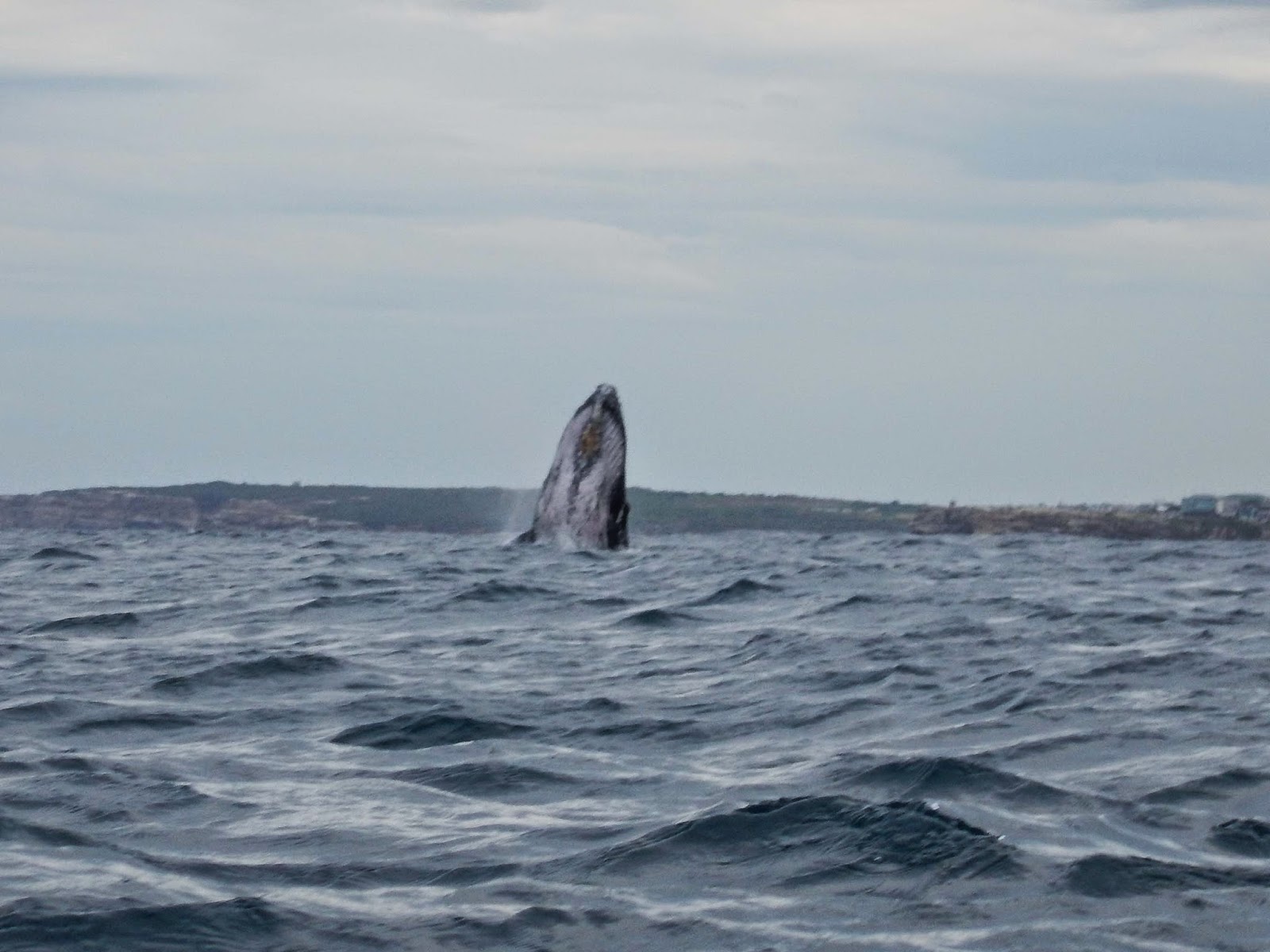 I got a very short video, a bit shaky because I didn't have the camera holder and the quality is not good neither, not sure why it recorded so crappy...