Surfing on the bar

Southerly swell at 3 metres and 9 or 10 seconds period. Low tide at 11.30 but the water keeps going out for another hour. I identified it as the perfect time to go to this bar inside a bay that points south.
The day looked horrible. Driving there in the morning with rain that required the wipers at full speed. However the rain had stopped by the time we were getting into our gear and at 11 AM with the sun forgotten above the cloudy sky we launched. 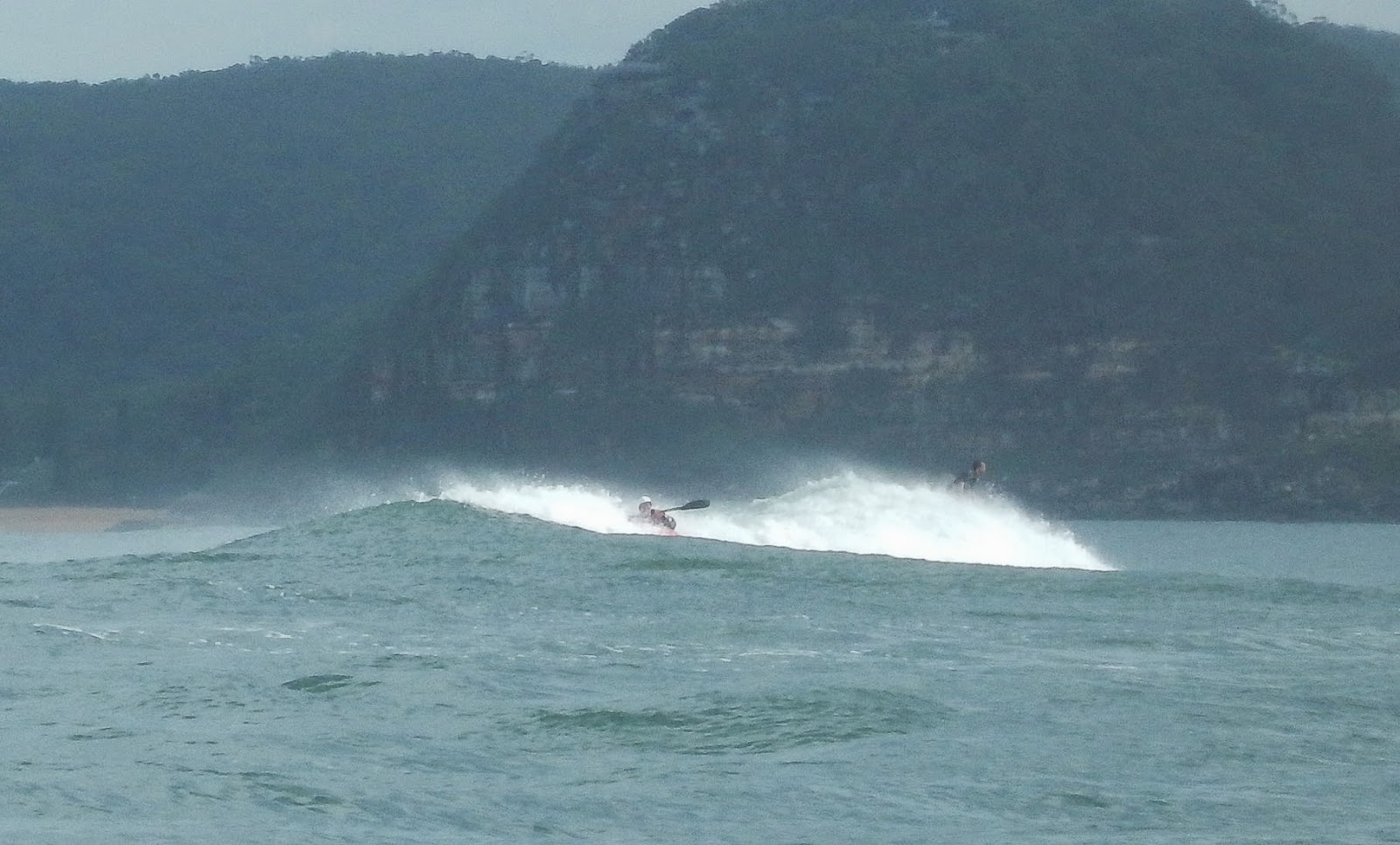 We surfed almost non stop until the tide brought so much water that the waves were not braking anymore. That was around 1 PM. We then moved to the beach and we kept our festivity of surfing. Around 2.30PM someone closed the tap and in a matter of 5 minutes all the waves disapeared. We were tired already so we packed up. 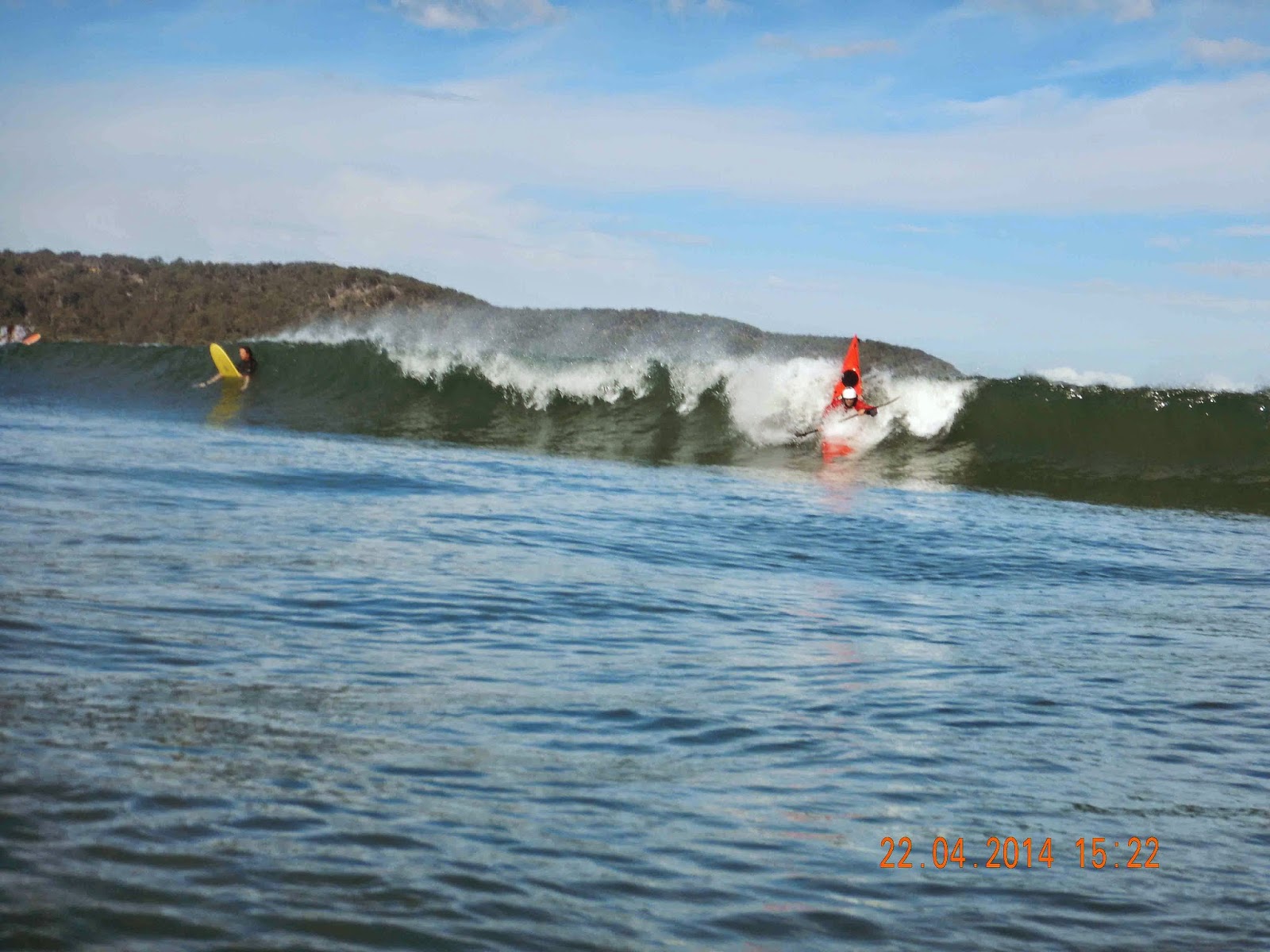 A couple of endos, a few good wipe outs and plenty of beautiful rides. 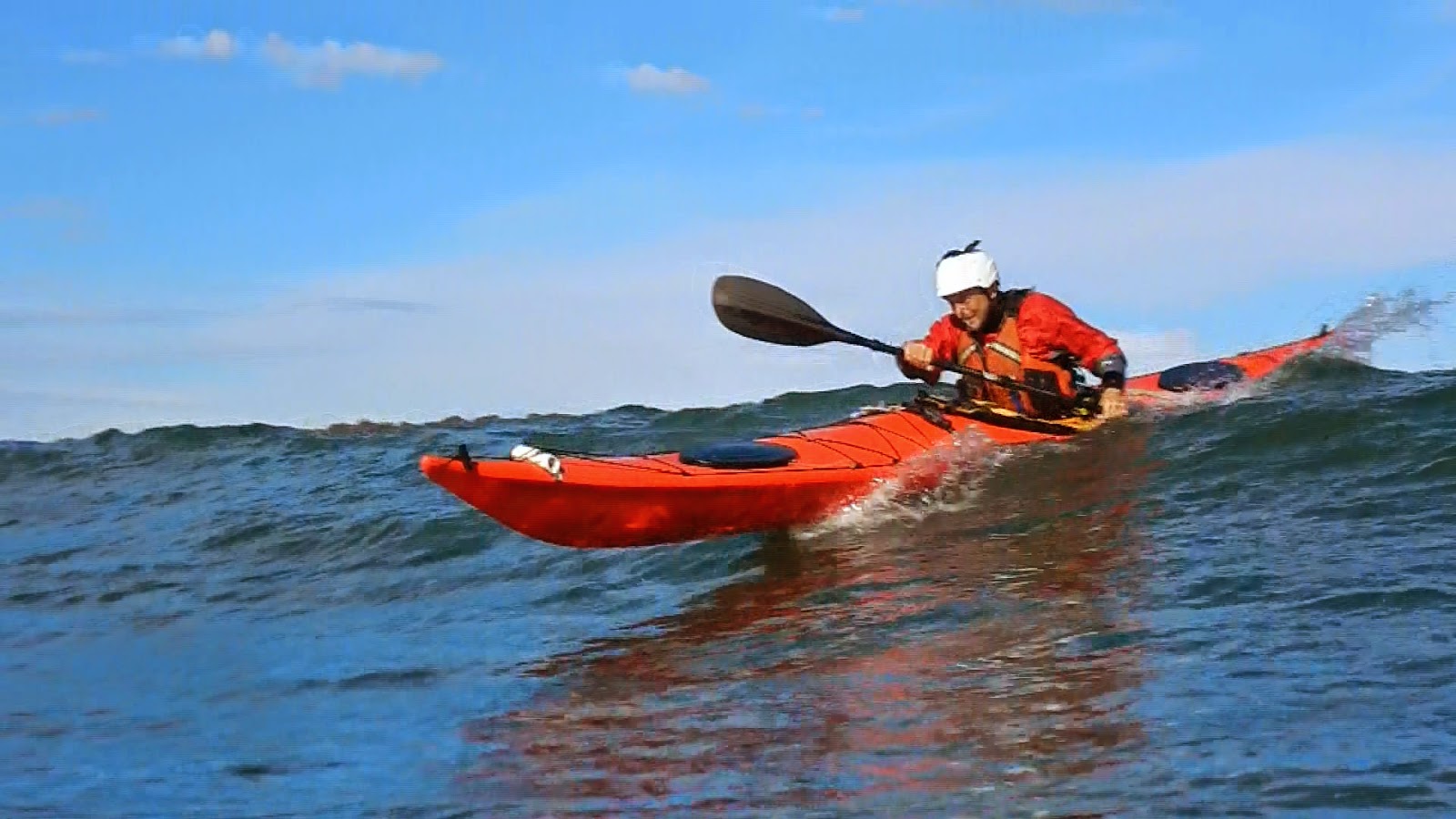 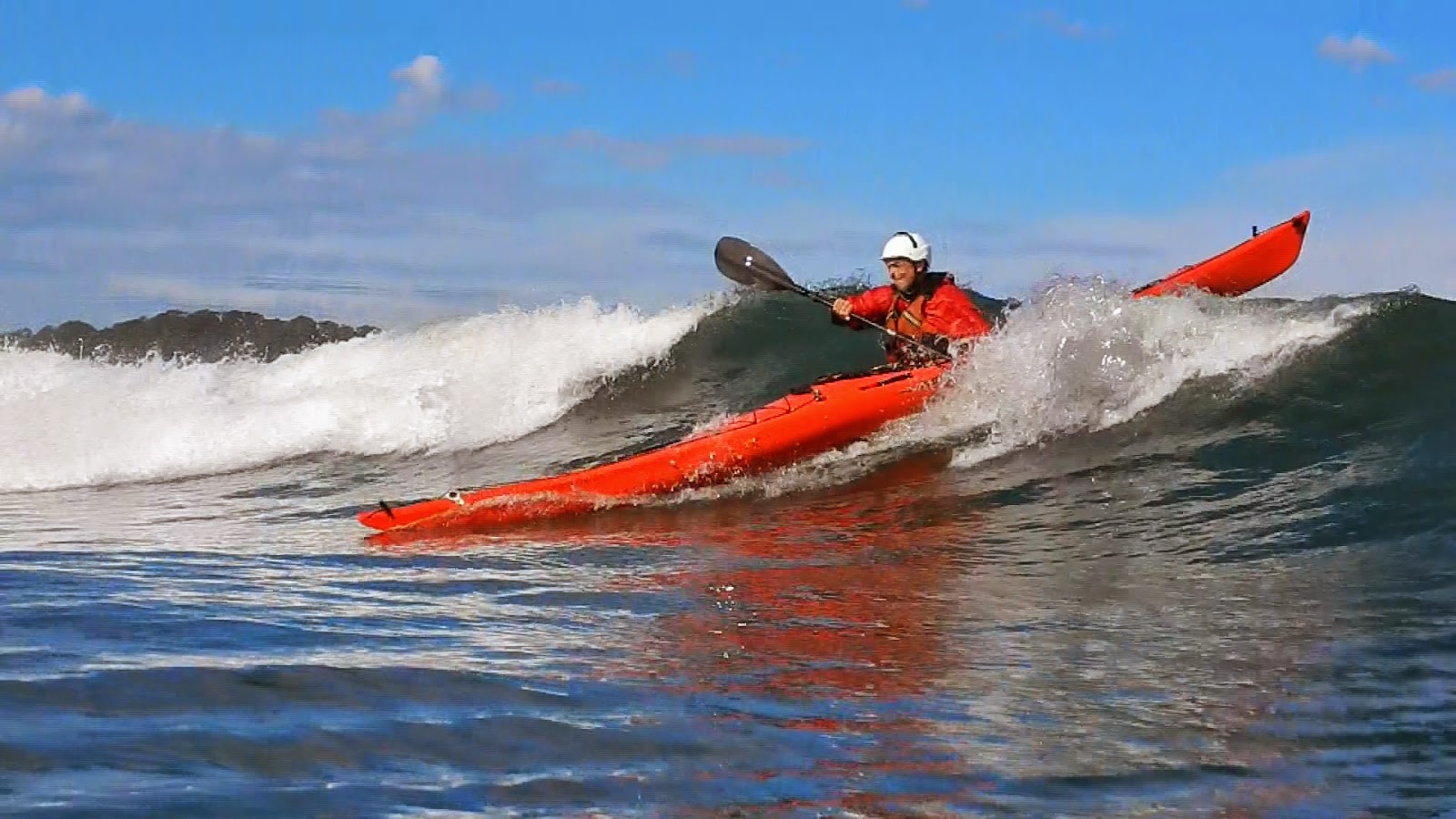 Thanks Rhys for coming and for taking the photos. I was so much enjoying myslef that I didn't shot the camera even once.
No comments:

There are videos of many kinds. Many are boring or just to spend some time while you wait for another thing. Others I enjoy watching but soon after they finished I am the same as before. Rarely there is a video that inspires and motivates me.
Below is one of the best action videos I have seen for a while, and it inspired me to paddle harder and practice more.

Now that I got a gopro and inspired by the video above I put the camera behind me, not so high though.
I went to play in the surf and some rock gardens. The sea state was not big, swell of 1-1.5 m with our normal period of around 8-9 seconds. Some chop from a little wind on top. I was happy with my performance and with the play I had.
﻿
﻿ When I got home I checked the footage. I was very disappointed with myself and very impressed with Mr Sean Morley. The things he was playing with must have been HUGE!! While I was surfing, the faces were probably close to 2 meters, not so much when I was playing among the rocks but in my footage they all look minuscule!! Specially compared to Sean's video... Again, my helmet off to this guy.
Then I ran out of space in my hard drive and moving stuff around to try to extract a few more kb from the machine I lost the recorded stuff from that day. I went the next day and bought an external HD so I have space for awhile now, but the lost records are gone.
Anyway, during RnR I had my revenge, not with the machine but with the video. The waves still don't look as spectacular as in the video above and I didn't really surf anything but I enjoyed it and had the biggest run over rocks I have done so far.

I got a lot of raw material from that day because I could not turn on and of the camra on the back of the boat. That, plus the pressure from having done a good video for the Pogies Festival, was too much. I tried but I think my prevoius one from the Tollgates was better.
You have to decide. Enjoy it and leave me some comments with what you think.