During the weekend I had my first opportunity to surf a short boat. Not a great day for surfing as the waves were short and dumped quickly after forming but I had fun.

It was during a weekend aimed at developing the skills of the trip leaders within the club. There was going to be a session of surfing and one of the instructors suggested to bring short boats for the occasion.

﻿﻿I have no short boat but some of the guys who brought one didn't want to use it and I jumped at the opportunity to borrow the one that Dave brought. Most of the other leaders in the water were with their sea kayaks doing exercises on landing and traversing the soup.


However being in the short boat I just wanted to ride the waves. It was not a proper surf boat, more like a white water kayak. However at a bit short of 3 meters long it is a lot more manoeuvrable than my 5.3 sea kayak. It also has a flatter hull that makes it easier to carve on the face of the waves. 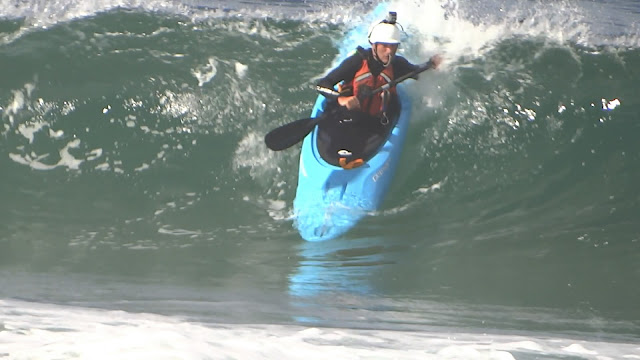 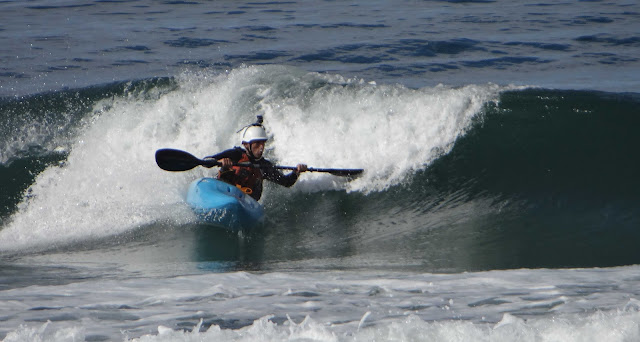 I was in the water taking the waves for around 1 hour and at the end of that I was starting to get the feeling for this type of kayak. Definitely I need to do this again.

Mark stayed on the beach and was filming and photographing the session. Thanks Mark for letting me use his fantastic images.

I was with a GoPro attached to my helmet but soon after it touched the water it fogged up and no good images came out of the memory card.