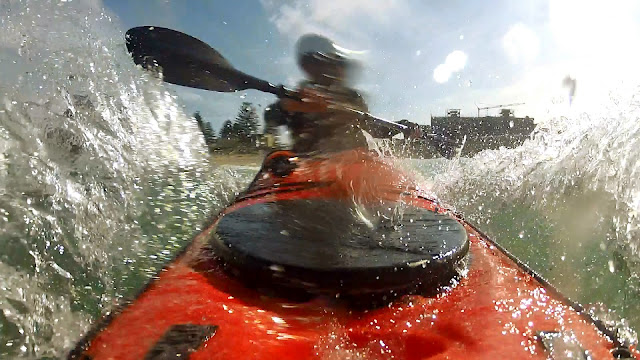 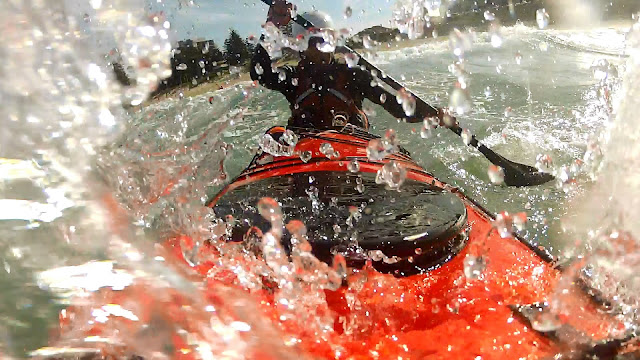 Two nice extracts from a video taken with a borrowed camera while paddling out from Cronulla Beach on an almost flat sea.
They were with a borrowed camera because I have lost mine. It was not in the water but in a trek with family and friends. It fell, I saw it on the floor, I thought of picking it up, something distracted me and the next day when I wanted to download the photos I couldn't find it. It was the present from my wife for my birthday and it didn't last long, however the bug for taking videos and photos from the kayak was implanted during that short period, so I am in the lookout for the next camera.

Dragomir lent me his GoPro Hero 2 to see if this is going to be my next camera. He put a special lens in it so the camera doesn't get fog and the photos are not so distorted as a result of the wide angle. I have to say that the special lens helped with the fog but not with the distortion

A feature I liked is to be able to take photos every n seconds. In that mode and mounted on the helmet I got this one
However I was told the strong point of this camera is to take videos but the setting must have been wrong because they were not better than with my lost Nikon AW100.
Below is the compiled version. We had a mild doses of everything: surfing in and out and for fun, a bit of rock gardening and some rolling.